In June, 1921, the construction of an oil derrick on a section of land, named Block #1, began near Big Lake. Two years prior, Frank Pickrell had purchased the leasing rights on 431,360 acres of land in West Texas, which was generally known as university land that had been set aside by the state of Texas, for $2500. The Texon Oil and Land Company began to sell stock, “certificates of interest,” that provided a .0004882 interest in Block #1 for a mere $200 per certificate.

Some of the stock salesmen had engaged a group of Catholic women to invest in the Group 1 stock. These women were a little worried about the wisdom of their investment and consulted with a priest. He apparently was also somewhat skeptical and suggested to the women that they invoke the help of Santa Rita, the Patron Saint of the Impossible! As I was leaving New York on one of my trips to the field two of these women handed me a sealed envelope and told me that the envelope contained a red rose that had been blessed by the priest in the name of the saint. The women asked me to take the rose back to Texon with me and climb to the top of the derrick and scatter the rose petals, which I did.

Frank Pickrell, Texon Oil and Land Company on the discovery of oil in the Permian Basin of West Texas.

Today, leasing mineral rights can cost as much as $40,000 an acre, and well drilling rigs with fracking operations can cost about $8 million each to raise the over 3 million barrels of black gold each day.

Once known as the “petroleum graveyard,” Beneath the Dirt of Great Men exposes the carbon landscape in the Permian Basin of Southeast New Mexico and West Texas. With climate change, land use, and energy policy at the forefront of our national consciousness, the photographs contemplate the extraction of crude oil and natural gas in the largest reserve of these natural resources in the United States.

The work reveals what cannot be seen going on below the surface – the soul of the earth – with images of disgusting, yet abstractly beautiful mixtures of salt/brine water, toxic chemicals (such as arsenic, benzene, formaldehyde, lead and mercury among others) and oil/gas residue that are used in hydraulic fracking and drilling operations to discover oil and gas deposits hidden in shale formations, which is then pumped back up to the surface, discarded and dumped into waste water evaporation ponds.

The transformation of this Southwest desert landscape is further complicated with the grave markers of the skeletal remains of decommissioned oil pump jacks. In juxtaposition, the photographs reflect on our willingness and desire to abuse and disregard the natural landscape for resources in what is becoming an unsustainable way of life for us, the climate and the earth. 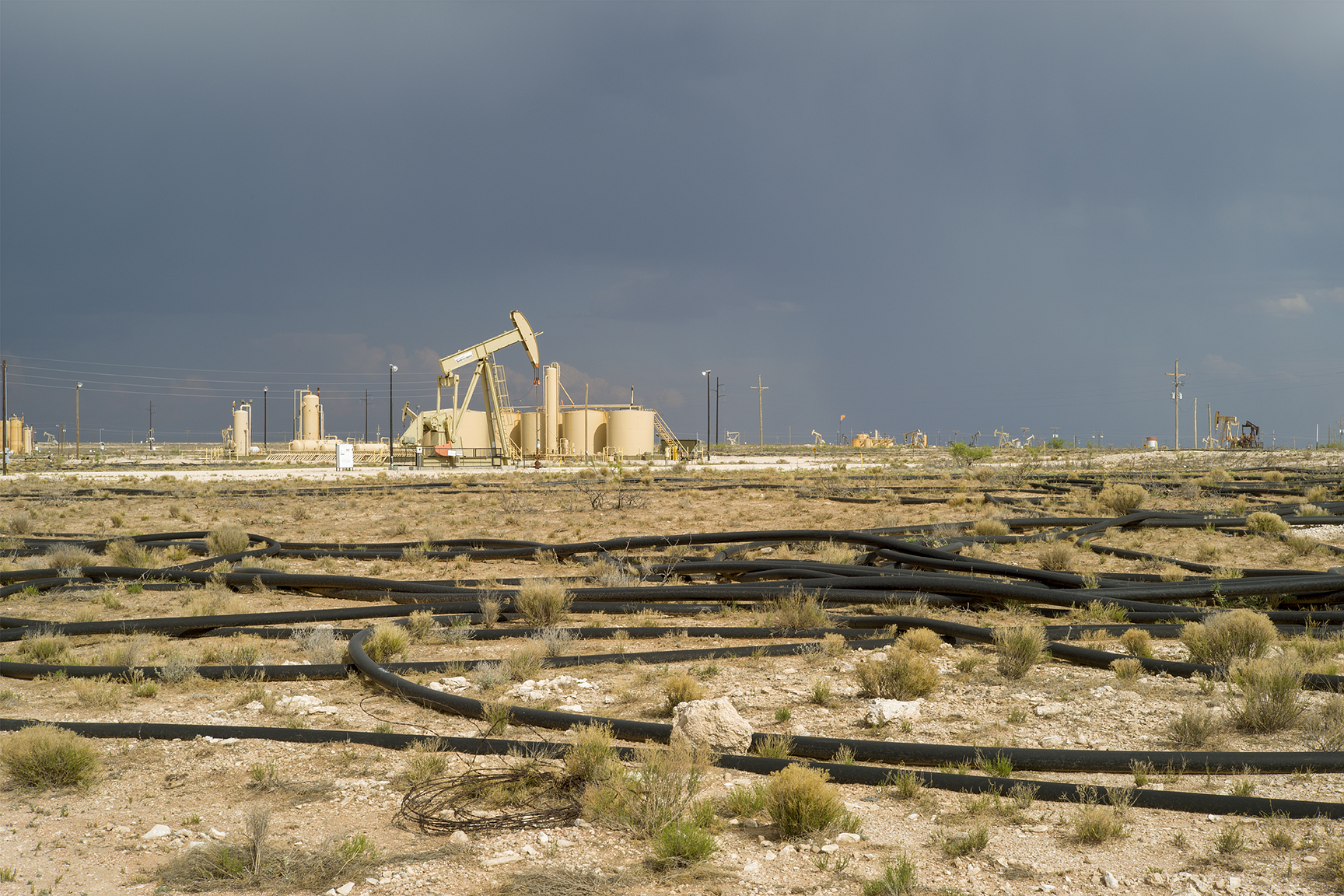 Beneath the Dirt of Great Men is being developed for the EXTRACTION: Art on the Edge of the Abyss project. 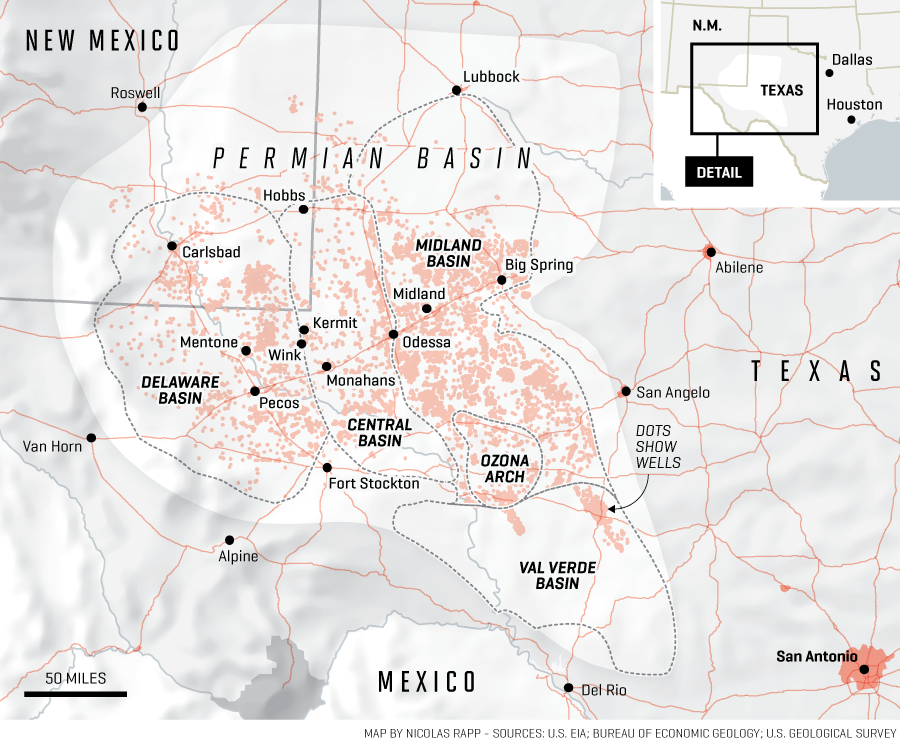 EXTRACTION: An Expansive Survey of Land Use Through the Lens of Consumption

Each sculpture is constructed from discarded parts and components from decommissioned oil pump jacks in the Permian Basin.